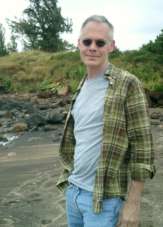 I reside in Scottsdale, Arizona and used to work for a tiny Seattle-area software company called Microsoft as a developer on things related to the Xbox Video service, primarily working in web, C#, C++, and SQL. When I lived up in Seattle I was a manager guy there with various lofty sounding titles but when I moved down here I became what you call an "individual contributor" developer. Currently I work for a medical software company STC Health.

Prior to Microsoft I worked briefly at Spyglass (which was acquired by OpenTV and then NAGRA) doing browser work and before that, Central Data Corporation where I designed hardware, wrote firmware, did Unix and NT device drivers, and helped invent a chunk of their product line.

Nine or ten years ago I became interested in Spanish and began studying it. I now can say I speak Spanish really pretty well. To achieve true fluency I think I'd probably need to spend a little time living in a Spanish speaking country. Spanish then led to Portuguese and I also can read/write that fairly well and at least defend myself in conversation.


I went to highschool in Springfield, Illinois at Springfield High. I studied E.E. at the University of Illinois and was a rather unlikely frat rat at Sigma Nu. I started a family rather young, dropped out of school, and then later went back to the university in C.S., but got sucked in by the big money and high pressure schedules of technology jobs and the rest, shall we say, is history. Dennis Cronin
Scottsdale, Arizona
dennis.croningmail.com
dev-resume.pdf
manager-resume.pdf